The Hon Chong consists of two enormous groups of rocks lying by the sea at the foot of La San Hill with rocks lying in disorder, which maybe resulted from tide’s erosion. The grand group of rocks off-shore is called Hon Chong, the Chong Rock consisting a square-shaped block lying on a flatter and bigger one. You can see the neat imprints of a giant’s five-fingered hand engraved on the stone side facing the sea. According to a legend, once upon the time, when a giant man was sitting fishing there, a giant fish swallowed the bait and pulled him away. He tried to pull himself back with a fishing-rod in hand, pressing the other hand against the massive rock leaving the easily-seen imprints. On the rocky ground, several rocks stand strangely on one another such as two rocks standing upright with another big rock lying between like a big stone gate to another group of rocks. The second group of rocks bears the shape of a woman sitting facing the sea. It’s called Hon Vo, the Wife, that has a close meaning with Hon Chong, the Husband.

The Hon Chong Promontory, located in the sand dunes, looks like the work of a giant, who carelessly put several massive rocks together. On one side of the rock, facing the sea, there is a deep handprint with the five fingers close together. 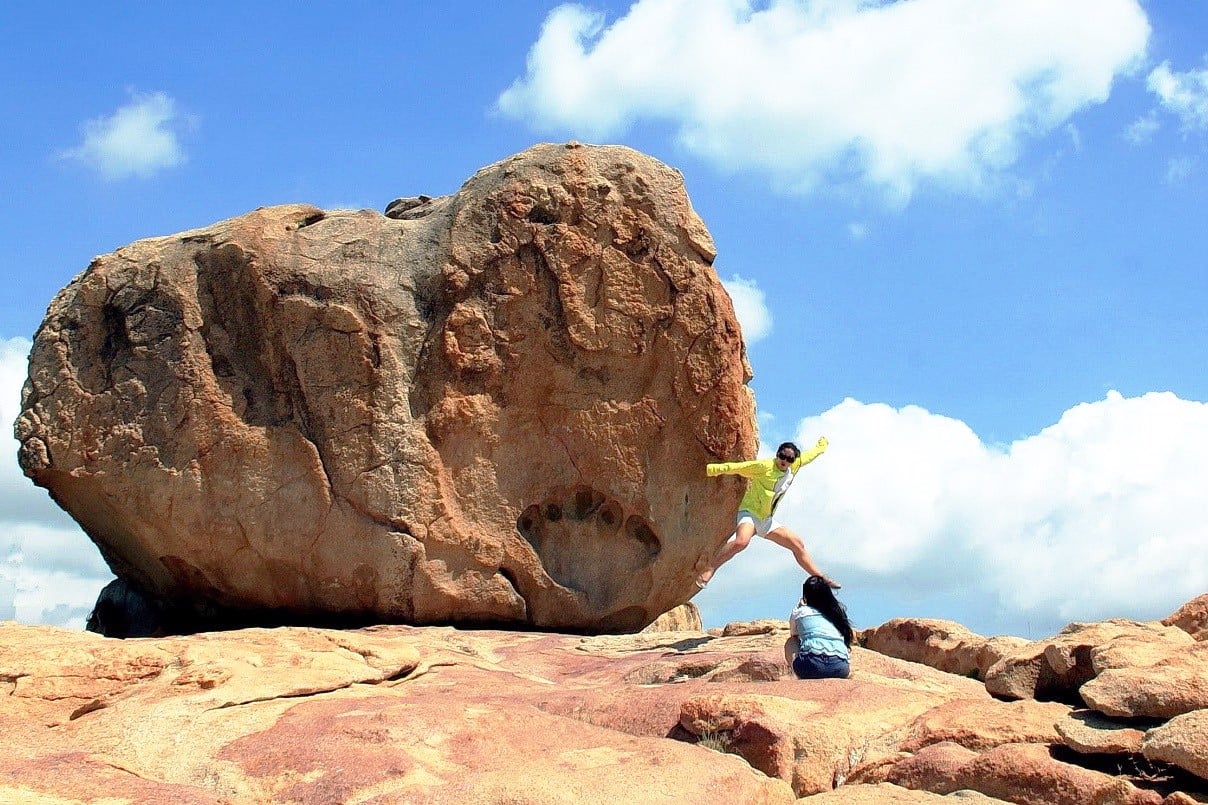